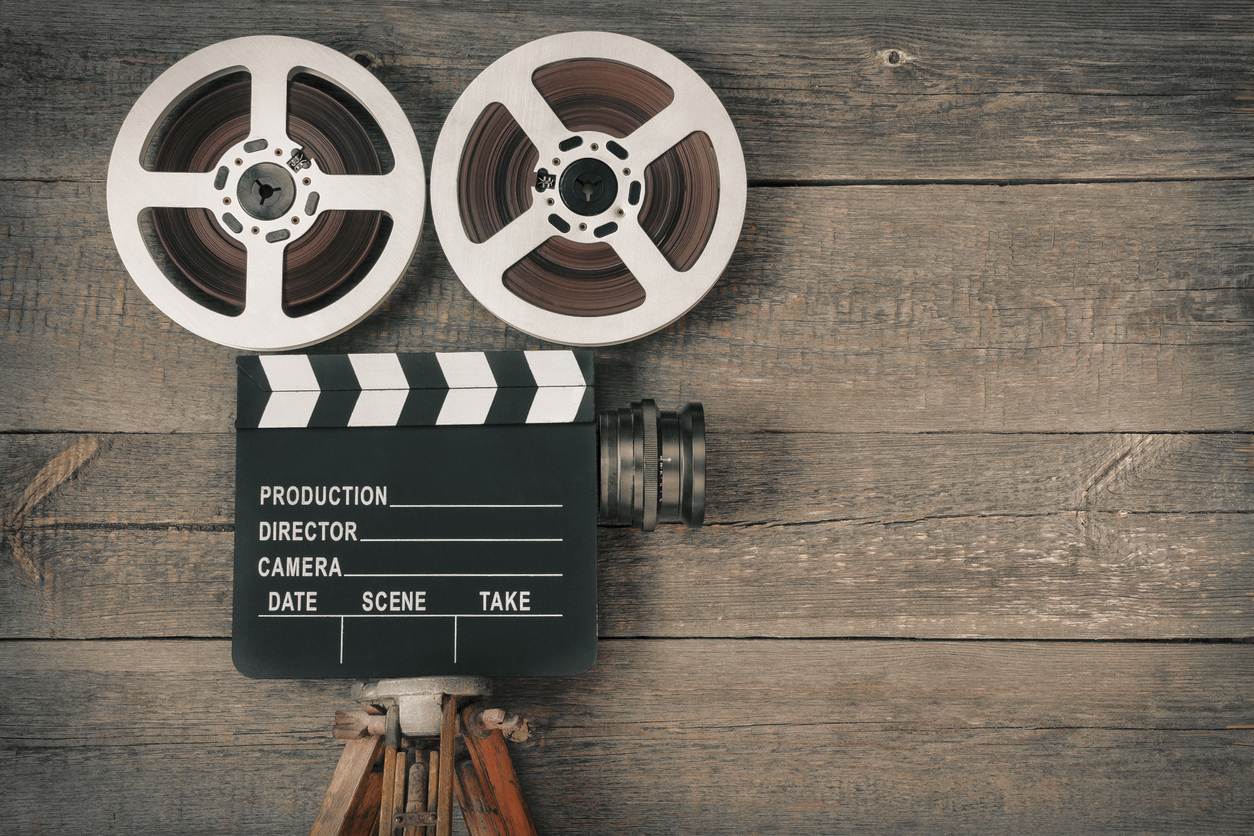 a collaboration by Tori Reid and Luke Thomas

For a department charged with creativity, it’s no surprise how the members of the production department have spent their summer. From Vegas nights to crab-filled afternoons, this SAM Squad is starting August with a story or two.

Every July, Production Manager Julie Stanford slips away from Strong and takes a tropical hiatus. This is the third year in a row that she has taken her family and friends to Navarre Beach, Florida. The beach features a pristine shoreline and, thanks to its close proximity to the nearby nature preserve, offers a quiet and relaxing setting. But Stanford doesn’t come just to be a beach bum. Navarre Beach is only about 30 minutes from Destin and Pensacola, so there are plenty of chances to hit the town. 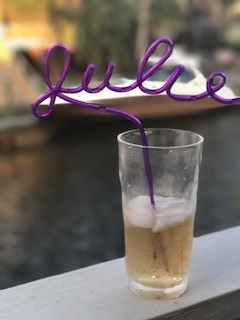 This year, the group was pretty active to be on a beach vacation. There was kite flying, kayaking, bike riding, and yoga on the beach. One day was just to relax, though, and involved an hour facial and a 90-minute full-body massage. For Stanford, this was a chance to really let loose and have fun.

“This was the first time I’ve ridden a bike in 20 years,” Stanford said. “It’s true – you really don’t ever forget how to do it!”

The favorite activity of the group was something unique to the Navarre Beach area – an excursion to Crab Island. The group rented a boat for the day and headed out on open waters. The island is only a quick boat ride from the shore and features crystal clear waters, a shallow wading area, and an abundance of hermit crabs, naturally. Clawing for crabs isn’t the only fun part about the island. Stanford’s family and friends enjoyed music and drinks from the nearby tiki huts, and they spent the day ensconced in inflatable donuts, drifting through the seascape.

What Happens in Vegas…

Doesn’t always stay in Vegas. John Paul, Mary-Kate, Tori, and David brought back a wealth of the latest knowledge in broadcast technology from their trip to NAB in Las Vegas.

The conference is the largest in the world and hosts vendors and speakers from every aspect of the media, entertainment and technology industry. The focus of this year’s conference was on the future impact of technology on the broadcast and entertainment industries. 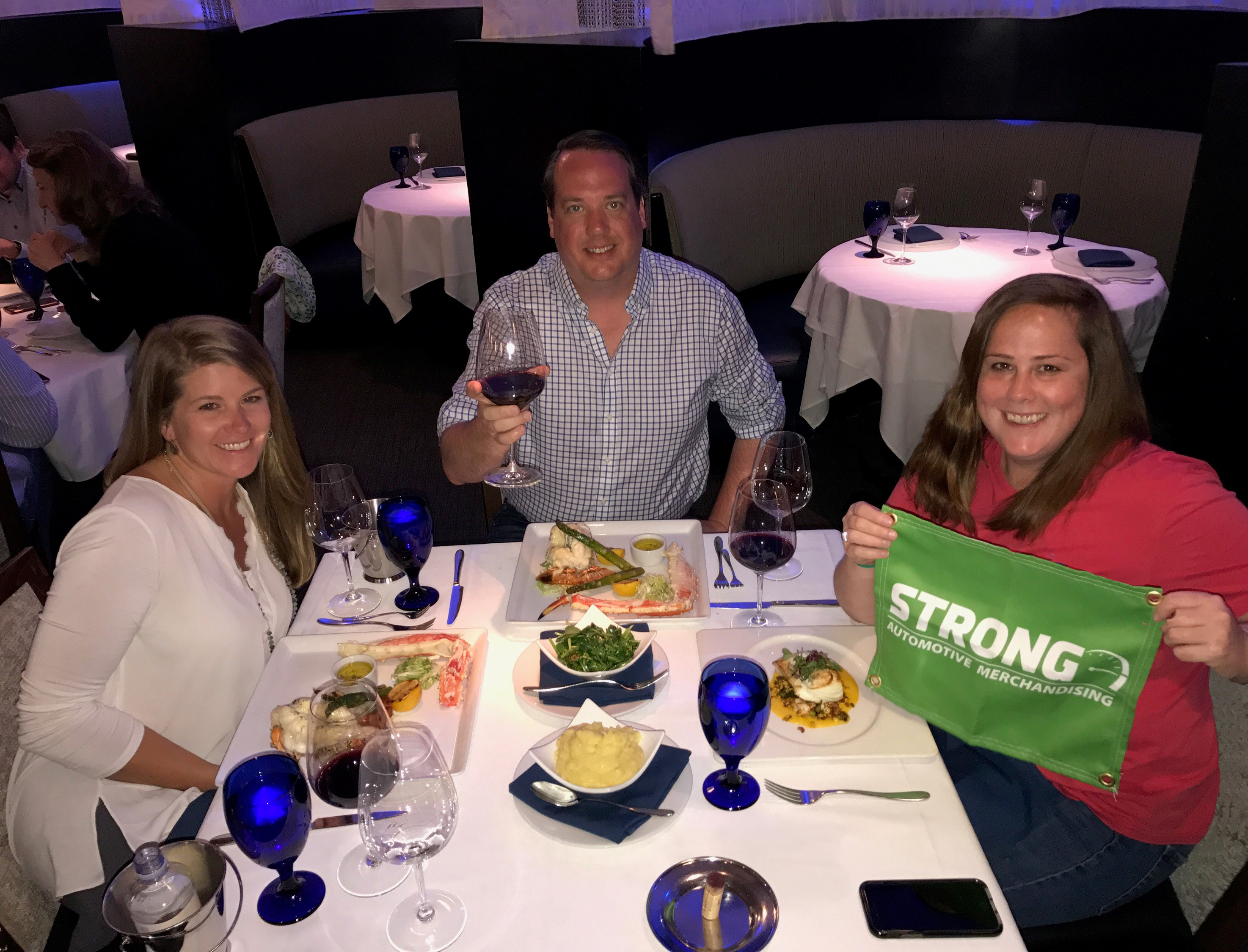 social media to the latest advertising mediums and digital platforms. Creation to consumption was the focus of the group and how SAM could apply that to our everyday work flows. They learned fresh takes on some traditional concepts as well as new technologies and cameras that aren’t on the market yet.

There was no gamble when it came to making a decision on some of the technology upgrades that the Production department needed.  The editors now have state-of-the-art editing suites with stand-up desks and brand-new Flanders broadcast monitors. They also brought home a new Sony camera for the company to use for in-house projects and videos, making great use of what social media and production can create completely in-house.

The trip was a success, and the team brought back much insight that will continue to keep SAM ahead of the competition on the cutting edge of technology and market trends.

This summer, Copywriter Chase Rogers swapped ski-doo’s for “I do’s.” Rogers and his wife were married on June 24, 2017, at Union Hill Baptist Church. The ceremony and reception were traditionally themed, with about 250 people being in attendance.

“We wanted something where everyone could celebrate and enjoy themselves,” Rogers said. “We kept it as low-stress as possible.”

Afterward, the couple headed out to New Orleans to set sail for the Western Caribbean 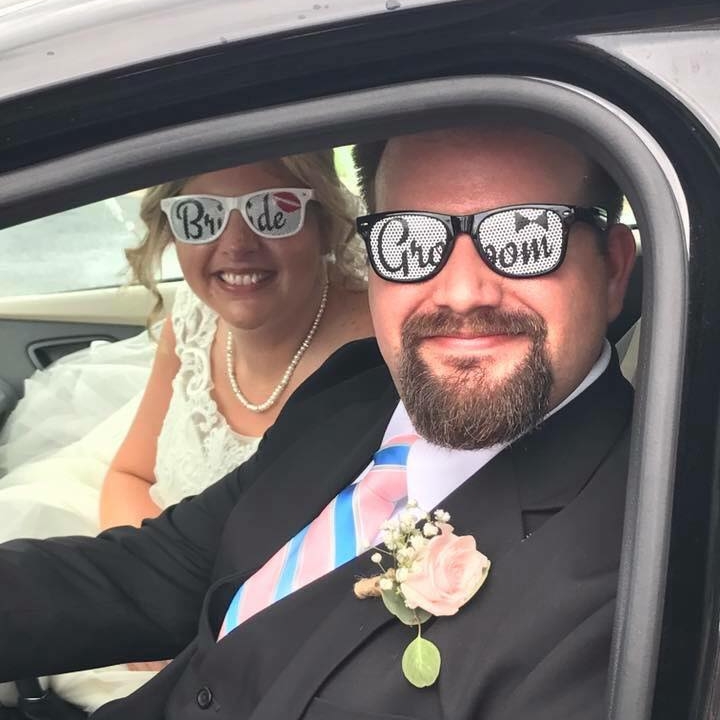 on a seven-day Carnival cruise. They visited spots like Cozumel, Belize, and the Honduras’ island paradise – Roatán.

After returning, the Alabaster resident revealed that the most challenging part of their new lifelong contract has been adjusting to each other’s schedules.

“It just takes planning and preparation,” Rogers said. “Her job is only two miles away, so she’s the lucky one!”

The story of how Rogers and his wife met is really a full-circle tale. In 2015, both found themselves in the reception hall of Rogers’ sister’s wedding. The spark was there, and so they began dating, and Rogers proposed on January 30, 2016. The couple celebrated their own wedding reception in the same hall where they had met.

These are only a few of production’s summer highlights. As we grow, so do the stories we can tell. Share yours below!