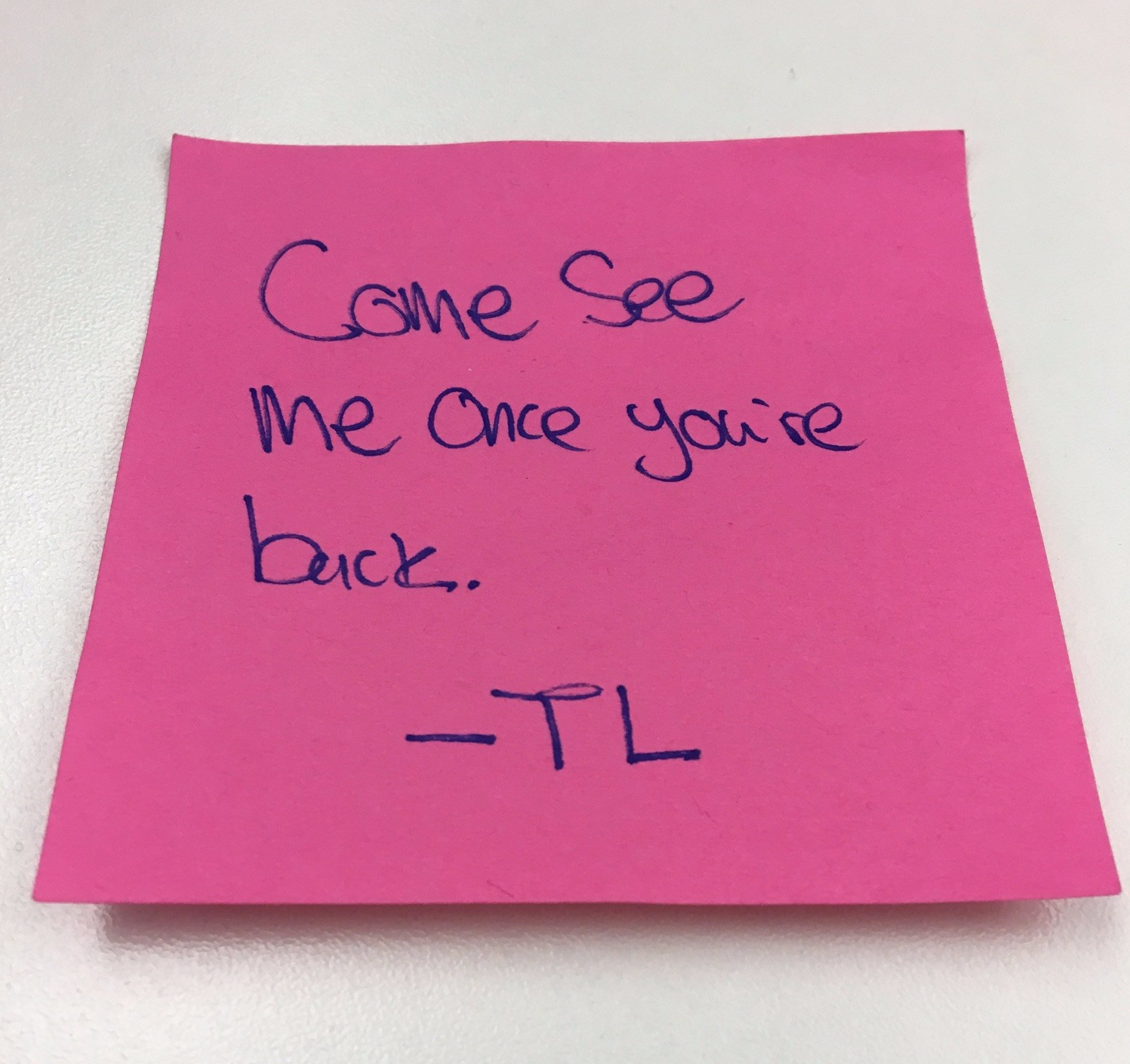 Mischief has been plaguing the corridors of Strong Automotive Merchandising. From disappearing bobbleheads to forged sticky note summons, we’ve found ourselves in a truly sticky situation. This week, a few of the victims came forward. Here are their stories.

One of the first hoaxes of the day came from the department that specializes in finding errors – accounting. Early that morning, Charlene Meeks appeared at my desk with a salutation of “Reporting for duty, Mr. Luke.” Anyone who knows Meeks wouldn’t be surprised at that kind of jokey greeting, but when she handed me a sticky note that was ostensibly authored by me, I was perplexed. It said ‘Luke needs to see you ASAP,’ nothing more.

As the day unfolded, more notes appeared. Zac Cook returned from lunch to find a Malibu-Barbie-pink Post-It on his desk. This one also featured a ‘come see me’ message, but it was signed from ‘TL.’ There’s no one with those initials at Strong – trust us, we’ve checked.

“My first reaction was shock,” Cook recounted. “I wasn’t aware of the false post-it scandal circulating the company. Does anyone know a forensic handwriting analyst?” 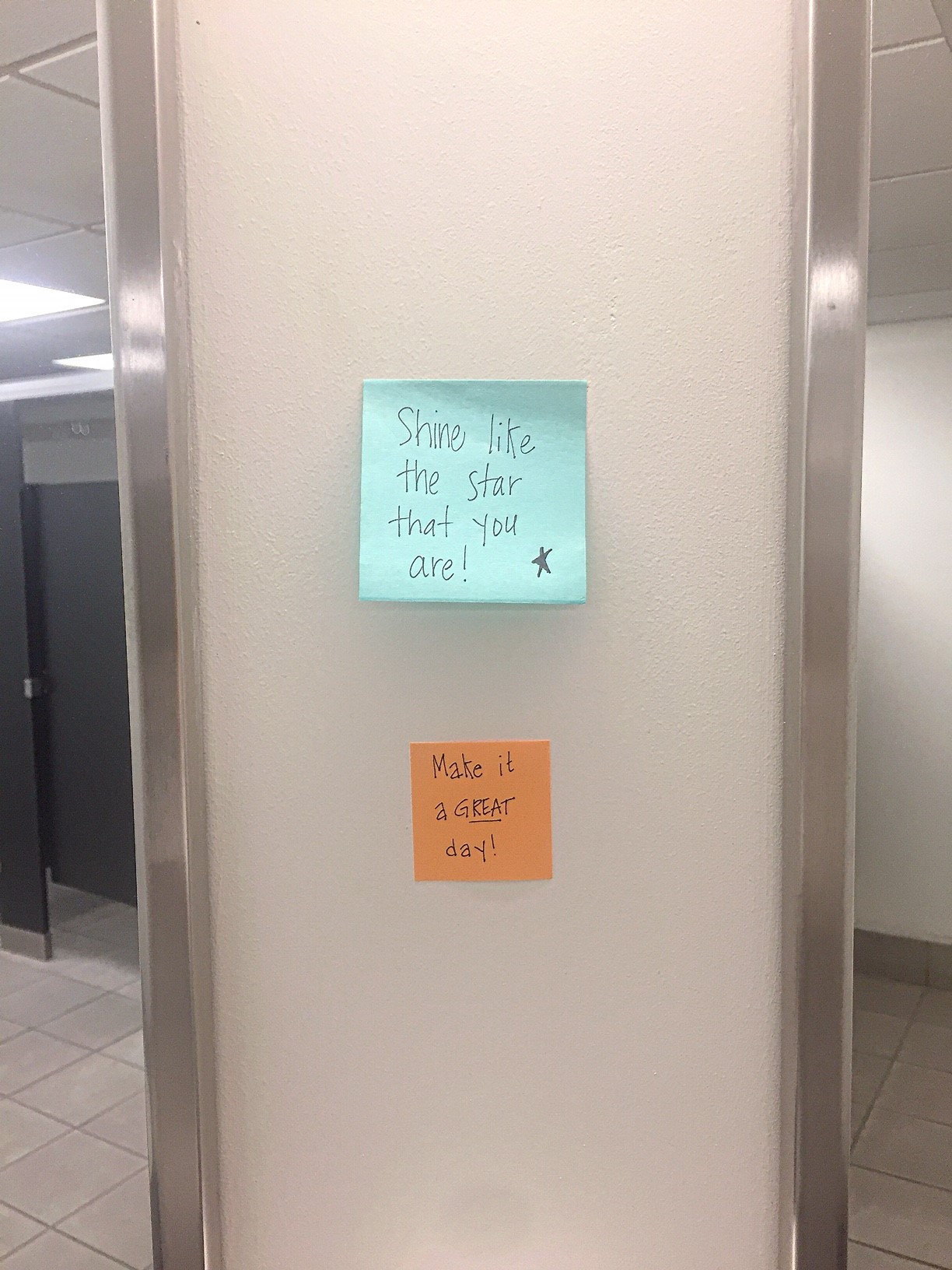 building. In late July, reports started flowing in that the women’s bathroom was littered with sticky notes touting positive messages. Investigative reporter Grace Hatcher took a camera to the scene to capture the collage of unauthored good vibes.

One of the last victims of the day was Kate Ray. Her prankster took it to a new level, leaving a note that said ‘Will you come see me, please? Gloria C.’

“The handwriting was TERRIBLE and not what I would expect Gloria’s handwriting to look like,” Ray said.

But she checked anyway. After learning that Cowan had not sent the note, Ray came up with a theory of her own.

“I blamed Will, duh,” Ray said. “He claims to have no part in it; however, a fellow production colleague pointed out the inconsistent large dotted i’s. When in doubt, always blame Will Giuliani.”

The mysterious sticky note bandit is still at large. If you’ve been a victim of a sticky, or any of the other strange happenings around Strong, let us know below!

2 thoughts on “A Sticky Situation”