Eighteen months ago, we learned the story of Greg and Kathy Stein.

This couple, friends of Emily Johnson, had moved to the U.S. Virgin Islands to realize their dream of opening a restaurant. Before long, The Thirsty Donkey was up and running. But then, like so much of the island in 2017, the restaurant was destroyed by Hurricane Irma.

SAM employees showed their support for Emily’s friends who had lost everything, purchasing chocolate bars that benefited the couple and donating shout-outs to Emily on the Steins’ behalf. While the couple had suffered an incredible loss, it was clear they had a community back in Birmingham that was eager to help.

Fast forward a year and a half, and the Steins are back on their feet. With this new announcement, they’ve proven they’re not letting tragedy keep them from their passion.

This spring, The Thirsty Donkey is set to open in Birmingham’s Avondale district. The restaurant and bar will serve island-themed drinks alongside an eclectic menu that will cater to a wide array of diets, including vegan and vegetarian. The Steins plan to offer burgers and wings along with island seafood and small plates at affordable prices.

“Their building in St. John is still in reconstruction limbo, so they decided to re-open in Birmingham instead,” Emily said. “They’ll be in the old Rowe’s Service Station space with a tentative opening date of May 1. I’m super excited about it!”

Make sure to keep an eye out for Avondale’s newest eatery this spring. Sample island cuisine, and see for yourself what happens when you persevere even in the face of disaster. 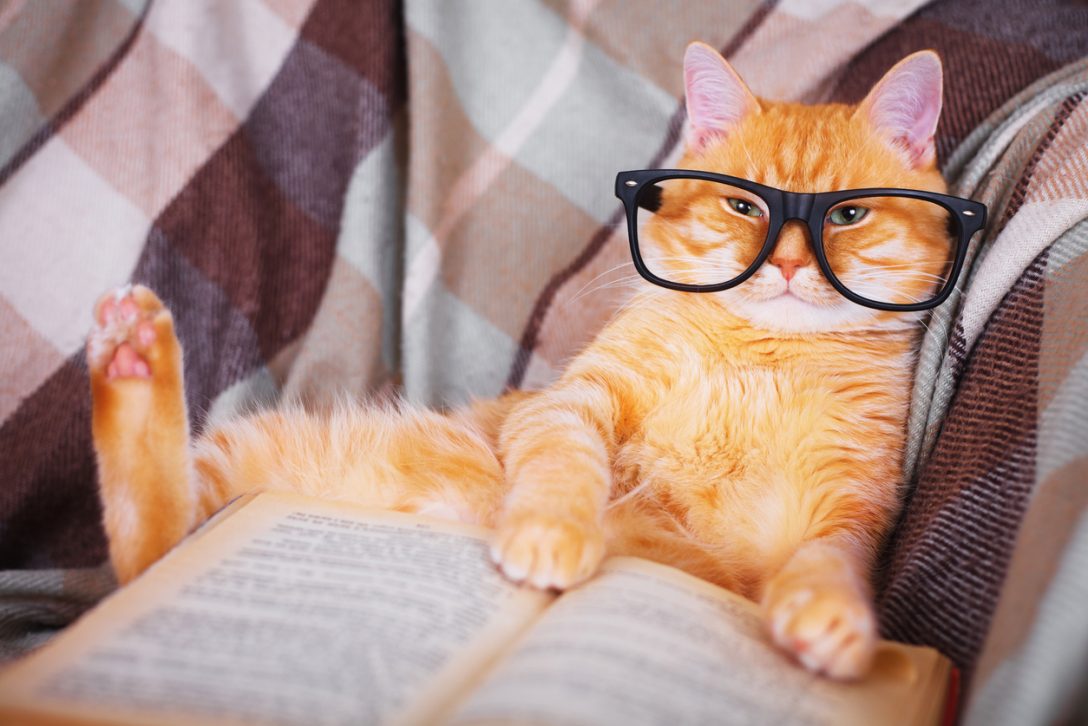 Whether it’s been 12 months or 12 years since you moved your tassel and tossed your cap, the benefits of learning never stop.

For career-minded individuals, professional development events are an excellent way to stay on top of trends and keep your mind fresh. Check out these industry opportunities coming up in 2019. There’s a mix suitable for any schedule and budget, depending on how much time and money you’d like to invest.

END_OF_DOCUMENT_TOKEN_TO_BE_REPLACED 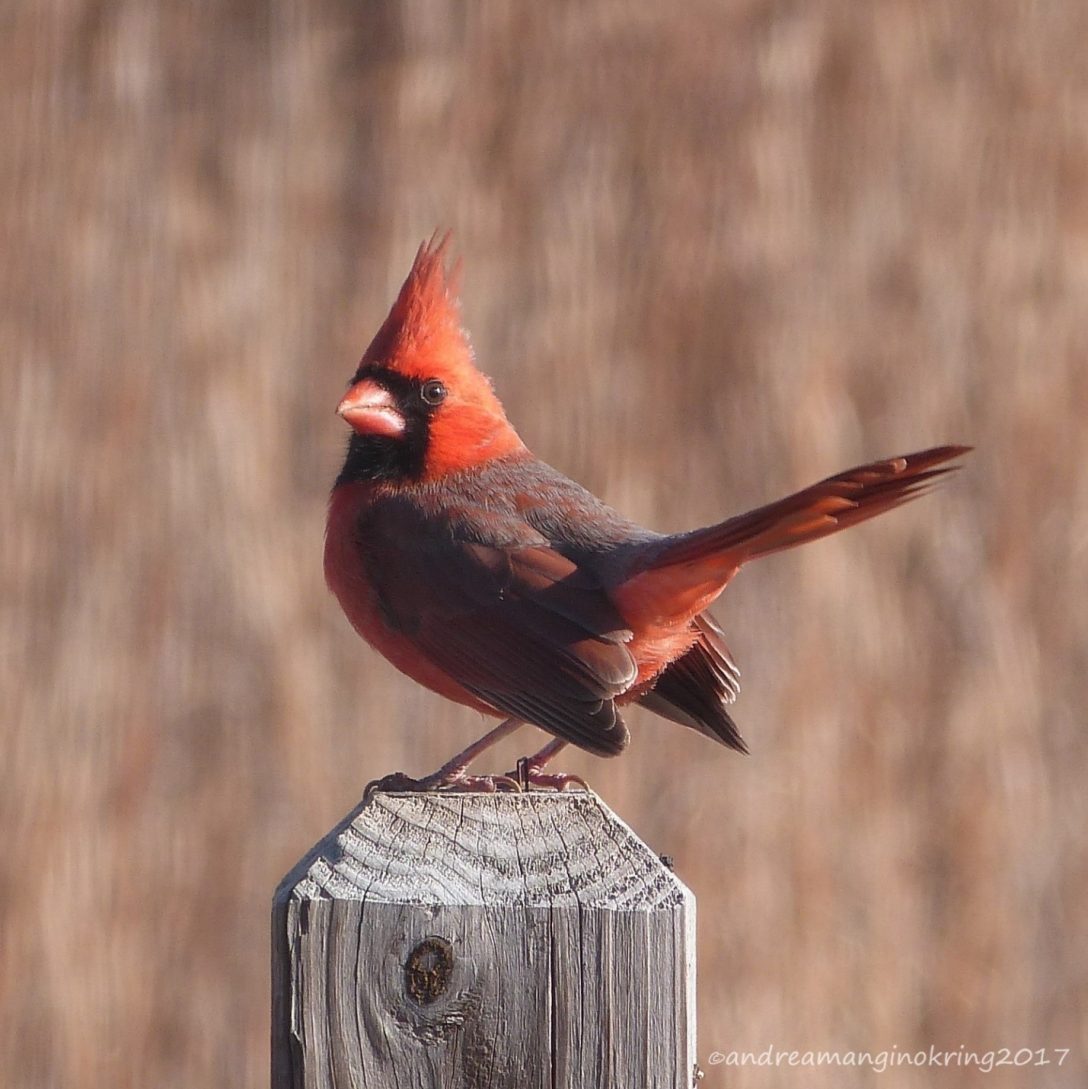 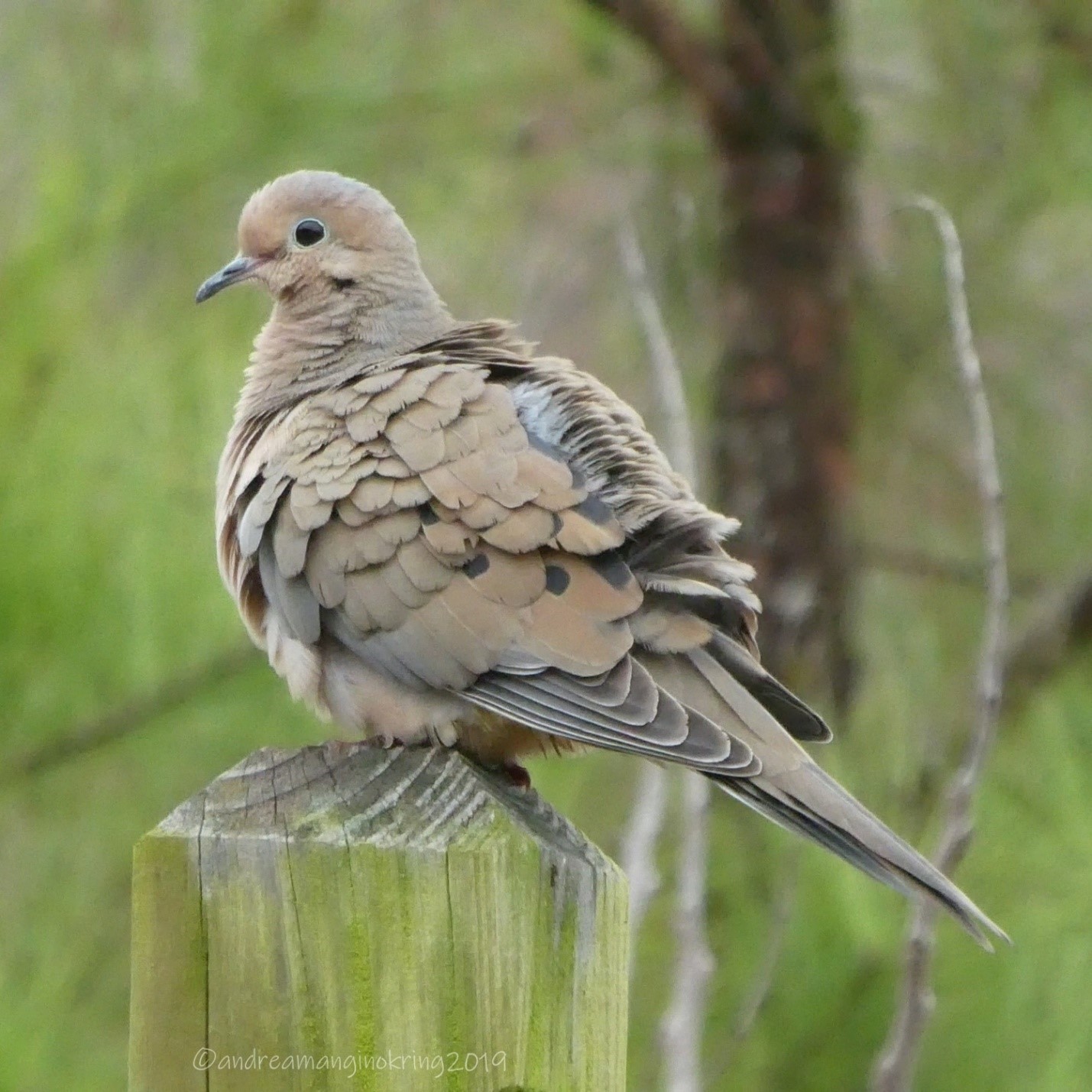 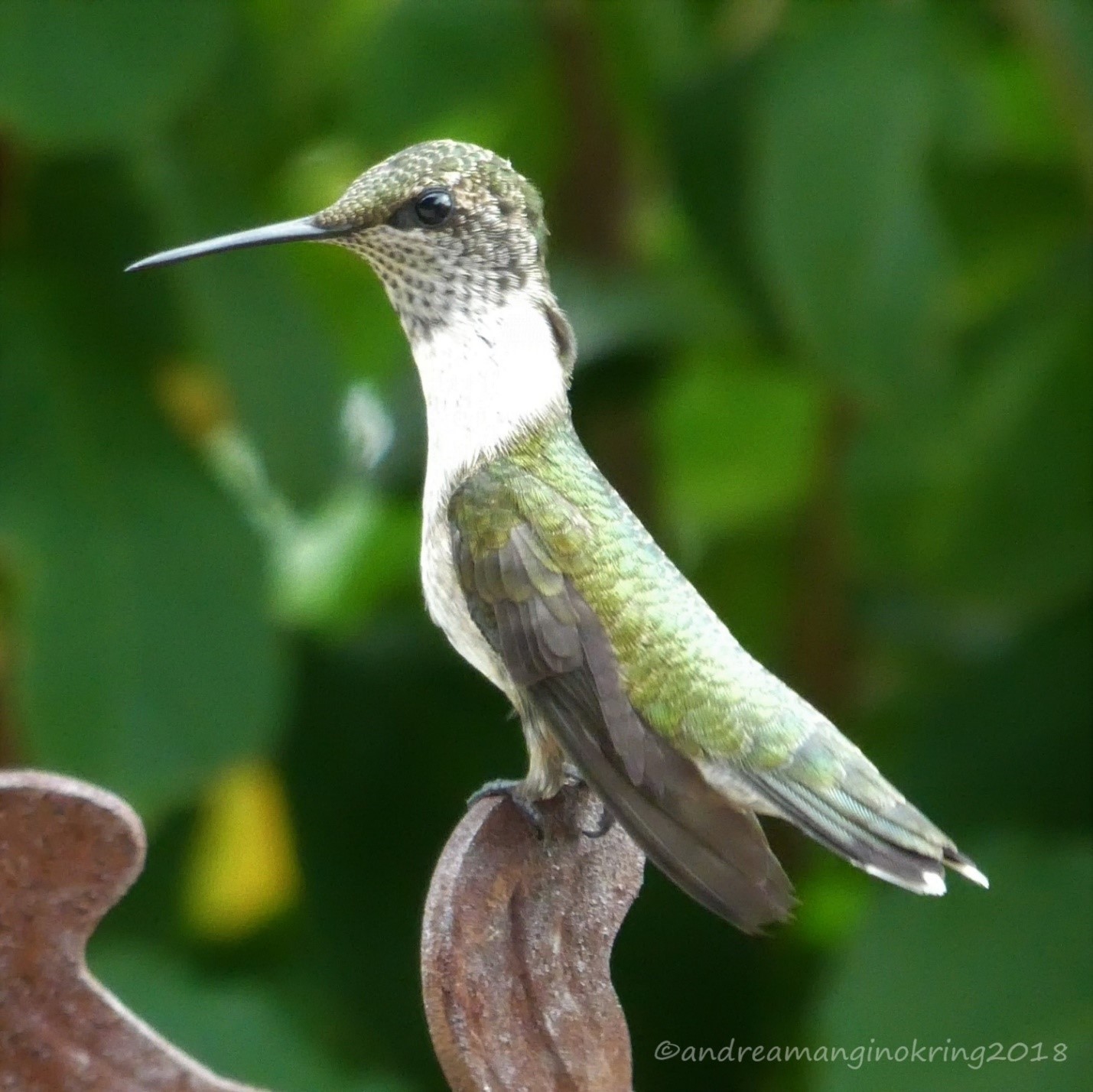 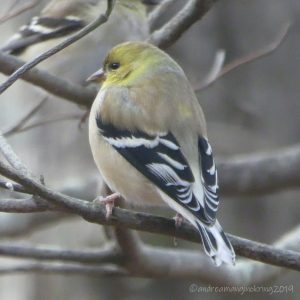 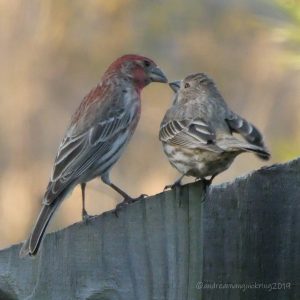 Photos and writings by Andrea Kring

I have always been an observer of nature, curious about the things around me.  One year ago, this month, my best friend passed away and I was completely heart broken. Shortly after that, I was searching for comfort in poetry and nature. I heard a poem by an Englishman named David Whyte who is a poet/essayist.  His first job in his young life was as a nature guide in the Galapagos. The poem was called “Make a Nesting Now” about making a place for the birds to come. There were some lines that spoke to me.

“Make a nesting now, a place to which the birds can come…
and be the one, looking out from this place
who warms interior forms into light.

Above all, be alone with it all,
a hiving off, a corner of silence
amidst the noise, refuse to talk,
even to yourself, and stay in this place
until the current of the story
is strong enough to float you out.”

I was in a place where I didn’t want to talk about my loss.  I realized that watching birds and being quiet in my small back yard brought me joy and it made me feel better in the midst of grief.  Birds are a great example of how life goes on. They are delicate creatures that face the extremes of life and they continue to sing a beautiful song with every sunrise and sunset. It became a meditative and healing hobby for me. It brought me much needed joy during a very sad part of my life.

Finding a hobby that truly makes you happy and heals you at the same time is a gift. 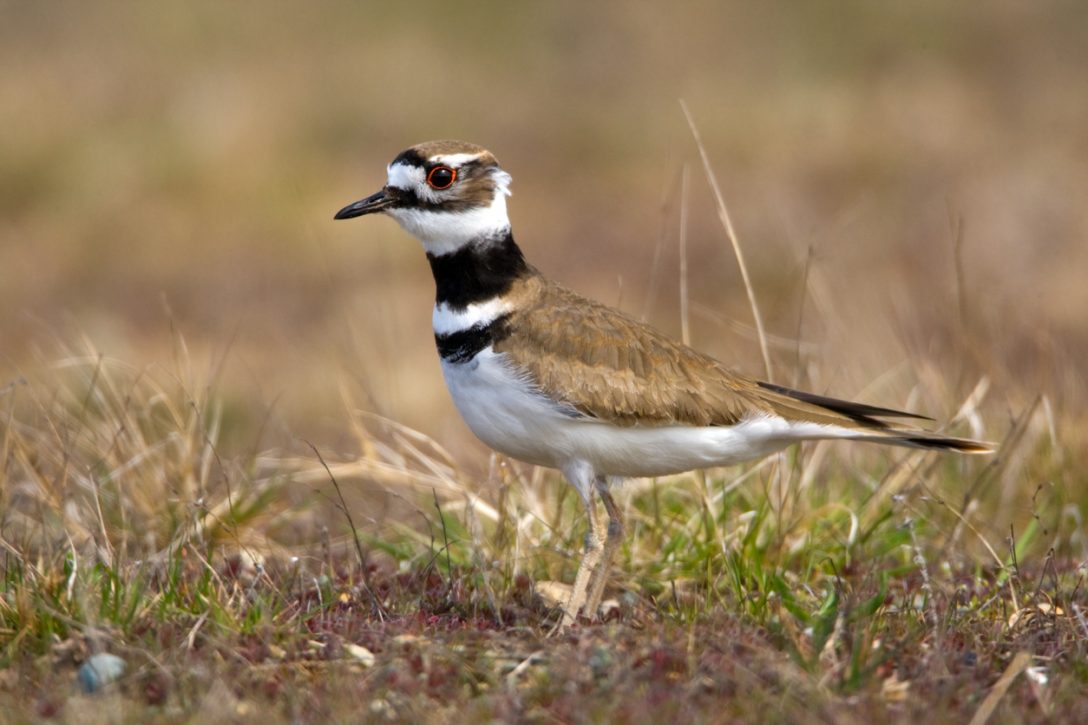 In the foothills and forests of Spokane, Washington, there lives a deceitful little bird. The killdeer, with its amber-lined eyes and unassuming stripes, protects its nest not with force, but with weakness.

David McMath watched the killdeer’s “broken wing act” all throughout his childhood in the Evergreen State. Because the bird nests on the ground rather than in trees, its eggs are particularly vulnerable. When a predator approaches, it feigns injury, holding out one wing and wobbling in the opposite direction of its nest, luring the egg thief away.

David hadn’t seen the broken wing act in decades. He caught on as a child, running in the opposite direction of the bird to glimpse its granite-colored eggs. It wasn’t until several weeks ago that he was on a bird-watching trip at the Auburn Fish Hatchery and stumbled upon a killdeer nest built right into the gravel road.

“It was a nostalgic moment,” David said. “It’s been so long since I’ve seen a killdeer nest. I thought Spokane had a lot of wildlife, but I’ve been amazed at the biodiversity here in Alabama.”

The childhood love for observing backyard birds manifested into something greater when he came to Birmingham. David found the Birmingham Audubon Society‘s Introduction to Birding class, and the rest is history.

“The group meets for a monthly class, and there are plenty of expeditions all around the state,” David said. “The field trips give me the chance to see parts of rural Alabama I’d otherwise never visit.”

It was during one of these outings that David witnessed his most memorable bird moment to date.

“We were watching a field of about 50 wild turkeys by Guntersville Dam when, all of a sudden, I saw a bald eagle flying overhead,” David said. “The eagle, who was much larger, was being attacked by a red tail hawk. It looked just like a WWI dogfight and was amazing to watch.”

David explained that neither of the birds was hurt. It was a battle for turf, not death. In fact, he said he rarely sees birds engaged in a true fight.

Aside from field trips and sight-seeing, David enjoys the arcane knowledge that goes hand-in-hand with a niche hobby.

“I like stats and numbers, so birding gives me the chance to fill up that part of my mind,” David said. “A lot of people learn sports facts, but since I’m not much into sports, I soak up knowledge on birds and their habitats instead.”

For instance, David shared that there are 28 varieties of flowers in Alabama alone that are pollinated exclusively by hummingbirds.

“There is so much to learn,” David said. “It’s a neat feeling to walk down the street and be able to distinguish between a cardinal and a towhee calling.”

For anyone interested in learning more about Alabama’s fauna, the Birmingham Audubon Society offers monthly classes at affordable prices. Field trips are free of charge and open to the public.