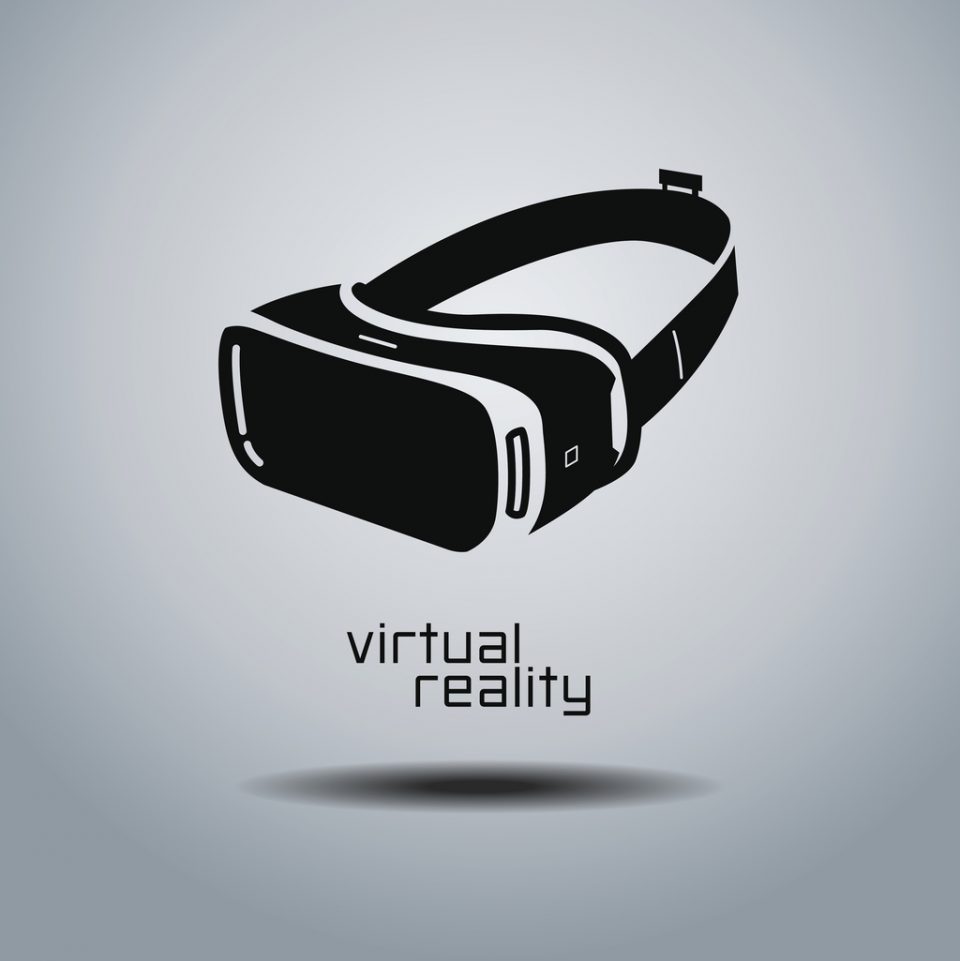 One of the most often asked questions during my Virtual Reality Experience project for Strong Employee Appreciation month was, “How much does this cost?”

And that, in itself, is a bit of a trick question. Up until the past couple of weeks, the answer was anywhere between $400 and $2,000.

The Oculus Rift System that I was using, and demoed, now sells for $399.

Sounds like a pretty good deal until you factor in that you need a pretty beefy computer to run it on. The system I was using, a typical “gaming” laptop, retailed for about $1,400.

There are now three main players in the VR market.

And although Windows is trying to break in with their Windows Mixed Reality platform, I would not recommend it to a newcomer at this point, as it’s just a whole ‘nother can of worms.

See – they didn’t make it very easy. Your choices are limited somewhat by what equipment you may already own, how much you’re wanting to spend, and what experiences you are looking for.

The Vive and The Rift are a bit better-quality experience than the PSVR, but the PS4 Pro is one heck of a traditional gaming system as well.

“But…but…Bill,” you may be exclaiming. “I don’t want to spend a gazillion dollars on a computer! I don’t want a PS4!”

Well, stop your crying, listen up, and get ready to “Go.”

Your friends at Facebook, despite their recent bad press, have come up with a pretty good solution for those of you wanting to dip your toes into the VR pool, without getting soaked.

It’s a stand-alone VR system with a nice library of games and experiences (more than 1,000 at this writing), at a price most people can afford – $200.

No muss, no fuss, no computer, no cords, no huge play area needed. And the optics are superior to all of the above-mentioned headsets (except the Vive Pro).

So you’re probably thinking, “Gee… Bill, that just doesn’t sound right. How can it be both better and cheaper?”

That’s because it is, and it isn’t. There are some trade-offs. 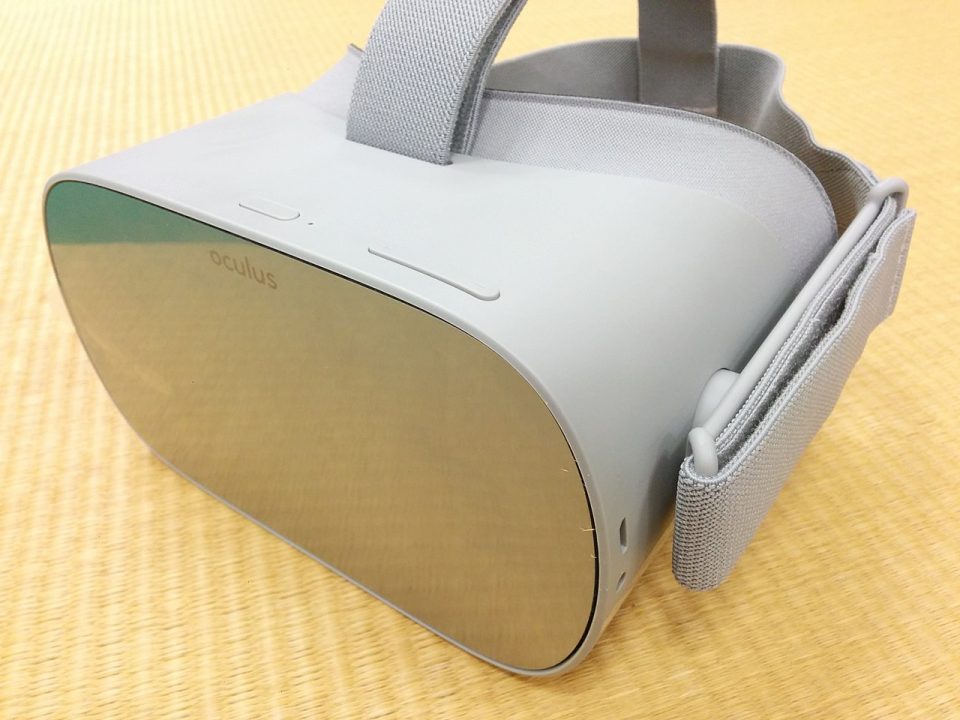 In “real” VR you have what is known as “6 degrees of freedom.” Up. Down. Left. Right. Forward and backward. This lets you “move” within the virtual space. Walk forward, you move forward. Jump back, you move back.

With the Oculus Go, you have about half of that – Up and Down, Left and Right. Yes, you can move your head completely around, take in whatever view is presented to you, you just can’t move through with the same sense of Presence.

For a lot of things, that is not even a drawback. In fact, from a visual point of view, those of you who partook in the experience, might not even be able to tell the difference.

There is one controller with only 3 degrees of freedom as well. Sound weird? I’ll try to explain.

In full VR you have two controllers. In VR they can appear as hands, guns, swords, paddles, rackets or whatever the situation calls for, with full movement – up and down, all around the rosy.

With the Oculus Go, you have one of those. Grafted at your hip, or thereabouts, that you can wave back or forth, up or down. This is fine and great for menu selections, scrolling, clicking on stuff, and some limited aiming. Not so great for dual-wielding two submachine guns and blasting flesh-eating aliens 20 at a time, or hacking massive amounts of falling fruit with the world’s sharpest swords.

“With great power comes the need for… uh… a recharge?”

There are huge benefits about not being tied to a machine with this system, but the downside is that you are living off a rechargeable battery. A full charge will last about 2 to 2.5 hours, and it takes about an hour or so to charge back up once it’s been drained. Although, you can use any type of portable smartphone batteries for this.

Nevertheless, It’s Worth It

So you can’t walk in with your $200 expecting the total experience. What you can expect is a pretty darn good one. Especially for the price.

Ever want a 70 inch TV on your bedroom ceiling so you could lay down and watch a movie? Well, thanks to the Netflix, YouTube, and Hulu apps, you got that.

(Warning: This thing has built-in headphones that sound pretty good. But, the sound bleeds like crazy. So, if you want to watch “Scarface” and count the times Al Pacino uses the “F” word, everybody around you can hear it just as well. Headphones not required, but highly recommended).

Want to watch a movie with a friend, go to a virtual party, go to a virtual club, listen to a stand-up comedian within a nice virtual comedy club, or lay down your bets in a virtual casino? It can all be yours with apps like AltSpace VR, Big Screen, Poker VR, vTime and many more.

VR in the Future

If you haven’t been able to tell already, I am a bit of a VR freak. I have real experience with these things, and it’s my opinion that this, or something a lot like it, is going to be the thing that blows this genre wide open.

The big downside of “normal” VR is the tether. No matter what premium platform, you have this long cable running from your HMD (“head-mounted display” for those of you who don’t speak geek) to either your computer or PS4.

The “Go” does away with this, allowing a real portability and real convenience when it comes to consuming content. It’s nice to be able to sit at my desk during lunch and watch an episode of “Jessica Jones” on a giant TV screen. It’s cool to sing Karaoke in a virtual room of total strangers that I know I’ll never meet IRL (“In Real Life” – geek speak again). Or, have a front row seat to a concert that I would never have gone to.

Try Before You Buy

But what I am doing is using my experience to give you some practical advice. And if you are needing a demo, here is what I’m thinking of doing.

For the entire month of June, I’ll just bring mine in and have it sitting at my desk. If you want to try it out, you can borrow it for a few. Of course, you will be limited to what I currently have on there, software-wise, but it will give you a chance to try before you buy.

In closing, I’d like to say that I had a wonderful time showing those who participated in VR during the Employee Appreciation month event. It was that, and the questions asked there, that inspired me to pass on this bit of information.